Unfortunately, he continued to have ankle pain. A MRI confirmed a rather large chondral defect in the central superior portion of the talus with significant underlying bone marrow edema.

Central talus lesions, especially those deep in the ankle mortise, present a major challenge in regards to access and treatment. Traditional repair techniques of the talar dome require either a fibular or tibial osteotomy, but these are better suited for talar shoulder lesions and not central dome lesions.

The other issue with this approach is that you must create damage to the healthy side of the joint in order to access and repair the damaged surface which could accelerate the overall degradation of the joint. 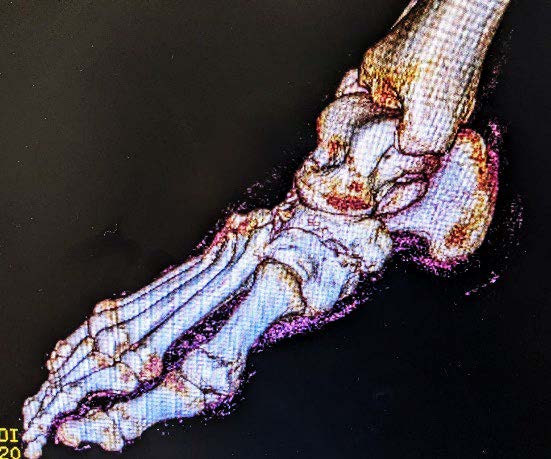 This is a 54-year-old female who presented to the office complaining of severe progressive foot pain and swelling without any significant history of an injury. Over several years, she saw several doctors to see what she could do to combat her pain. She went through multiple MRIs, several rounds of physical therapy, had numerous cortisone injections, and had multiple pairs of inserts made without any lasting relief. During this time, the pain persisted as she watched her arch collapse further into a debilitating deformity.

When she presented to the office, she was ready to discuss surgical reconstruction. Based on the radiographic workup and CT scan it was obvious that the bone in the midfoot was not viable and there would be a need to do an extensive amount of resection to get to a healthier level of bone capable of healing.

Traditionally, this would be done with cadaveric bone and/or an autograft. The only problem would be the amount of bone needed to span the non-viable area. As we know there is an inverse relationship of the amount of graft needed and the ability to incorporate the graft.

When a rocket scientist investigates the root cause of a failure after a launch that goes horribly wrong, they will not only identify the main reason for failure, but also look for new ways or methods to avoid a similar result.

If bone integration is a concern in the first place, how can we rely on the body to break down grafted bone across a rather large void and replace it with healthy, stable and viable bone throughout the healing process?

Also, when it comes to cadaveric graft, there are no two specimens that are alike. We do not know who they came from, what their age was, nor the status of their overall bone health. Enter 3D printing. 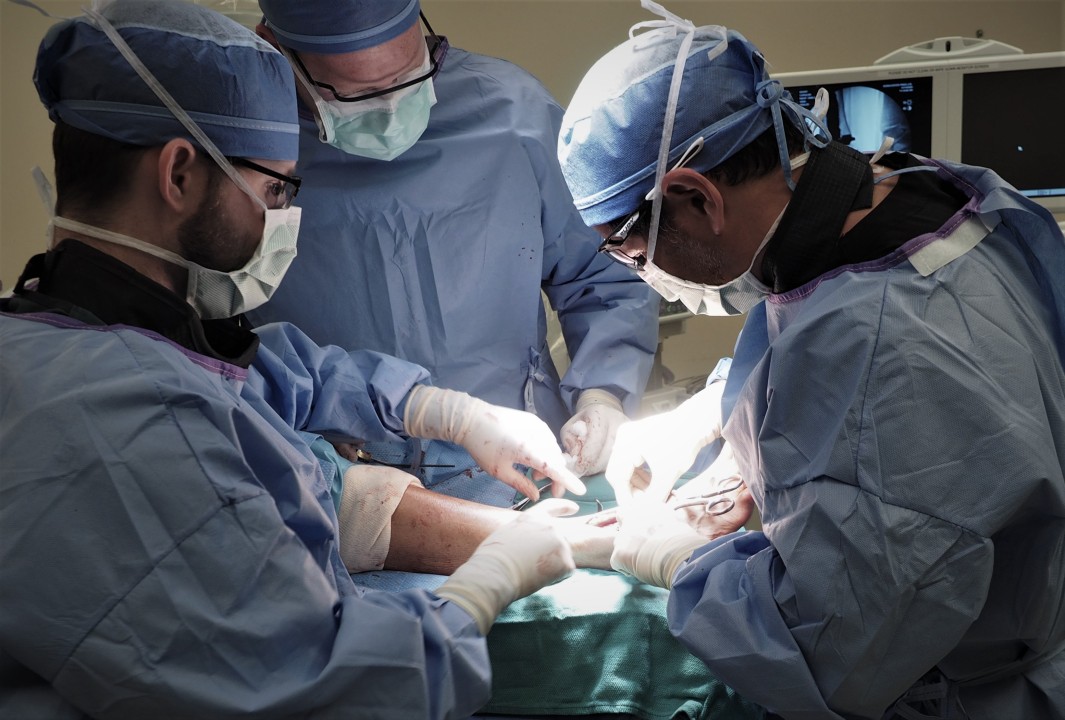 Working without a tourniquet can have a major impact on the success rate of your total ankle replacements. I have tried to summarize why I do it this way and what I have observed postoperatively.

Working without a tourniquet during surgery can have a huge impact on surgical outcomes by reducing pain, swelling and risk of posoperative complications.

Read the full article for more information on the benefits of doing a total ankle replacement wet (no tourniquet) and a complex case that I did earlier this year.