What is Regenerative Medicine?

Regenerative medicine is a branch of translational research in tissue engineering, cellular and molecular biology which deals with the "process of replacing, engineering or regenerating human cells, tissues or organs to restore or establish normal function".

Though great progress has been made in medicine, current evidence-based and traditional treatments are increasingly unable to keep pace with patients' needs, especially given our aging population. In reality, there are few effective ways to truly treat the root causes of many of the diseases, injuries and congenital conditions that present to our office on a daily basis which are capable of restoring them back to their original/intended state. In many cases, we effectively can only manage patients' symptoms using a traditional approach via medications, corrective surgeries and/or devices such as braces or insoles. 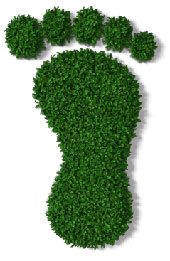 Although it has gained more recent attention, the field of regenerative medicine is actually not new. In fact, it has been around ever since the first successful bone marrow and organ transplant which were performed decades ago. But advances in developmental and cell biology, immunology, and other fields have unlocked new opportunities to refine existing regenerative therapies and develop newer ones. In the following article, you will learn about how regenerative medicine can be used to help you heal… perhaps the way nature originally intended.

Today, regenerative medicine is recognized as a game-changing and constantly evolving area of medicine with the potential to fully heal damaged tissues and organs, which were previously thought impossible by offering more natural/organic based solutions thus providing hope for people who have conditions that today are beyond repair by more traditional mean. To delve deeper into the subject, let's take a look at how the body tries to repair itself after an injury.

“We aren’t made of drugs, we’re made of cells. Stem cells, or stem cells in combination with pharmaceuticals, will be the future of medicine.”
-Cade Hildreth, President/CEO of BioInformant

How Does the Body Repair Itself?

Inflammation is key to natural healing, however there are two different kinds of inflammation… a good type (acute) and a less productive type (chronic). Acute inflammation is your body’s initial response to injured tissue. It may be due to trauma or repetitive stress to an area such at a tendon or ligament resulting in conditions such as Achilles tendonitis or plantar fasciitis. This type of inflammation generally resolves itself within a few weeks to months with proper care. Conservative treatments may include devices such as boots or braces to reduced stress to the area of damage thus giving it an opportunity to heal, anti-inflammatories, physical therapy and occasionally cortisone injections which aim to suppress and/or eliminate the inflammation.

If your injury remains untreated, the body develops chronic inflammation. During this chronic phase, macrophage cells (a special cell that feeds on non-viable cells or tissues) multiply in the injured area and can cause further problems. When body gives up on “actively” healing the injury, the chronic situation becomes the new norm and cannot heal itself. This is a big reason why it’s so important to seek treatment when an injury does not improve after a number of days, instead of weeks or months. When a patient is seen with a chronic inflammation or condition, they usually explain that their level of pain is becoming intolerable.

“… the bone is a plant, with its roots in the soft tissue, and when its vascular connections are damaged, it often requires, not the techniques of a cabinet maker, but the patient care and understanding of a gardener.”
-Robert Gathorne Girdlestone, 1932